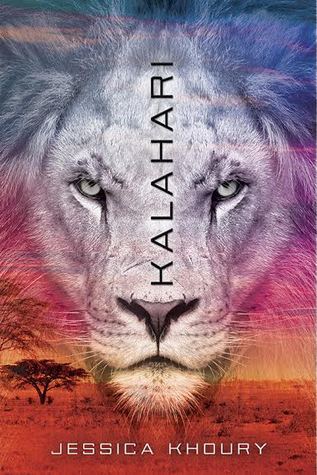 Like I said, I adored Kalahari. Once I started it, I couldn’t put it down. But, something I noticed from the moment the side characters were introduced was the stereotypes. It wasn’t bad, it wasn’t horrible by any means – but the characters, save for Sarah and Sam, were one dimensional plot devices. There was rich girl with a twist meant to make her seem okay after being a bitch, “I’ll tell my father about this” lawyer obsessed rich dude dating rich girl, know it all, and nerdy but super hot jock type. I loved this book, but the characters tore it down a few notches for me – and it was sad.

There was so much potential in this story, and it is still amazing – else I wouldn’t have finished it like I did ( eyes glued to the page, heart racing, inner fangirl screaming in terror for a certain character’s fate). Despite all of the characterization issues ( at least things I feel are issues), Kalahari is fantastic. It is an exciting survival read, and it’s also surprisingly educational at certain points. I feel that if the story had been more character based rather than plot based, Kalahari would have been stunning rather than just another exciting book.