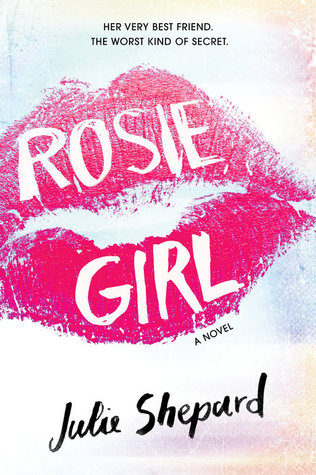 After her father passes away, seventeen-year-old Rosie is forced to live with her abusive stepmom Lucy and her deadbeat boyfriend, Judd, who gives Rosie the sort of looks you shouldn’t give your girlfriend’s step-daughter. Desperate for a way out, Rosie would do just about anything to escape the life she’s been handed. Then she finds a letter her dad wrote years ago, a letter confessing that Rosie’s birth mother isn’t dead, as she believed, but alive somewhere—having left them when Rosie was a little girl for reasons he won’t reveal.

Rosie resolves to find her birth mom, and she’ll put everything on the line to make that happen. She hires a PI paid for by her best friend, Mary, who turns tricks for money. Unlike Rosie, Mary’s no delicate flower and when she sees the opportunity to make some cash and help out her closest friend, she takes it. Romance blooms when the PI Rosie hires hands the case off to his handsome nephew Mac, but Rosie struggles to keep her illicit activities with Mary a secret. Things begin to unravel when Rosie starts getting creepy anonymous texts from johns looking for Mary. And then there’s Mary, the one person Rosie can count on, who’s been acting strangely all of a sudden.

As Rosie and Mary get closer to finally uncovering the truth about Rosie’s mom, Rosie comes face to face with a secret she never saw coming. With the ultimate unreliable narrator and twists and turns around every corner, Rosie Girl is an unforgettable tale of identity, devotion and desperation.