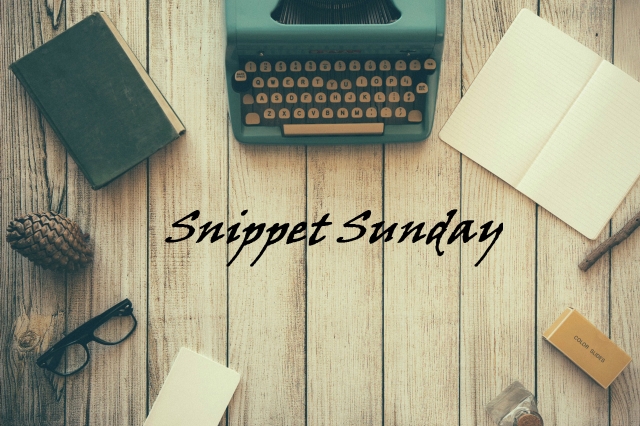 Hey there all you lovely people! It has been way too long since I’ve done one of these. How horrible is that? Between school and work and all of the other stuff going on, I’ve barely had time to write, much less write something that wasn’t school related. In that vein, today I want to share with you a personal piece I wrote recently. I hope you enjoy it!

“Can you see my hand?” My professor asks, again. “How about if I move it over here? Or here?” I respond with nothing more than a shake of my head.

Over the years, this reaction to my blindness has become commonplace. When I tell people I have no sight from my right eye, they either stick their hands out, put their faces by my cheek, or ask me how many fingers they are holding up. I don’t know what’s worse: the genuine enthusiasm and curiosity shown by those questioning me or my inability to react with anything beyond a nod of my head and another exasperated sigh.

It wasn’t always this way. In fact, I didn’t discover my blindness until after third grade. The discovery happened slowly – a variation of minor cataclysmic events preceding the explosion.

The impact of leather upon my jaw sent me sprawling to the ground. The palms of my hands burned. The missing layers of skin were invisible against the stark blackness of the asphalt.

At first, I wasn’t sure what happened. One moment I was walking back to the classroom, lunch box slamming into my thigh. The next, I was on the ground while cobalt and orange dots danced across my vision and my body sang an aria of ache.

The tether ball hit me square in the jaw and I never saw it coming.

I lost a tooth that day, as well as being gifted my first concussion.

I had been hit unawares before. I remember it clearly, even now.

That day, I was sitting on the top level of the bleachers. I was fascinated by the girl before me: her leg swung over the bar as she flipped and spun herself with reckless freedom and trust in her body. She moved so quickly she blurred before my eyes… well, eye.

I didn’t see it coming, but I heard it. A sharp, piercing whistle tickled my ears seconds before I was shoved off the bleachers and into the wood chips below. They thirsted for my blood and they had a feast. The rouge kickball hit me in the back of the head; I never saw who kicked it and they never apologized or came to help. I had scabs across my forehead for months – three distinct battle scars evenly spaced across my skin. My classmates called me a Klingon for weeks.

My family didn’t know I was blind in one eye because I memorized the eye charts. I failed the vision tests that the school gave me until I discovered my new mantra: E, F P, T O Z, L E P D, etc.  When the school recommended I visit an Optometrist, I was ready.  I played my role and I played it well, and I continued to play it for a year.

A regular check-up changed everything. I had my lines. The lights dimmed and the curtain opened. I was at center stage. The crowd fell silent and the room was under my control. My hollow lines echoed in the stillness that followed my performance.

My mother asked me what I saw, and I delivered again. And again. The same sequences of letters or pictures, for I had memorized the picture chart as well.

The light flickered. The Optometrist removed the patch from my eye. The screen was blank.

It had been blank the entire time.

I remember being so proud of my glasses. I joined an exclusive club and I finally belonged somewhere. I remember.

They were simple, my glasses. A delicate black frame encircled one protective lens and a matching corrective sibling. I was so proud of my glasses. Then I went back to school.

That was the first time I had ever been called four-eyes. People started waving their hands in front of my face, asking if I could see it. They move closer, can I see them now? It was a daily chorus in a symphony of ignorant curiosity I was not prepared to handle.

I remember. One group in particular – I don’t remember their names but I can still see their faces. They would corner me every day, call me four-eyes every time I stepped out of the classroom. They would throw things at me and laugh when I couldn’t catch it. They thought themselves hilarious.

It took weeks for me to admit to my parents why I would come home and tear the glasses off my face and cry.

I switched to contacts shortly thereafter. That didn’t last long, either.

Something no one tells you about being blind in one eye is vision training. After we found out, my parents and the Optometrist held out hope that I might be able to strengthen the eye through my sheer force of will alone.

I would come home from school, rip off my glasses, and an eye-patch would take their place. You see, I had to put this patch over my good eye and try to do things while blind. I had to do my homework when I couldn’t even make out the numbers. I tried to watch my favorite television shows on Cartoon Network and I would collapse in tears of frustration because TiVo hadn’t been invented yet and I would miss everything. My mom would try to cheer me up with an ice cream Sunday. I couldn’t get my spoon into the bowl, I missed every time.

I remember sitting in front of the television, listening to Code Name Kids Next Door or Powerpuff Girls and willing myself with all my might to see. It wasn’t sugar, spice, and everything nice. All I saw was darkness, and I let it swallow me whole.

I run into things all the time. Corners, counter tops, chairs. I try and turn to the right and I slam my shoulder into the wall. I thought I had cleared it; I guess I was wrong. I do this all the time.

I can pass myself off as normal most of the time, though my glasses invoke the notion of something amiss. I was at the grocery store with my dad, right before the end of break. I’d had the foolish notion of holding the basket on my right arm. Basket, meet shelving unit. They became best friends faster than butter melts during a Southern California summer.

Last semester was a first for me. I’m used to the usual “how many fingers” response. This one was new. It started off like usual. My roommate’s brother found out I was blind. He went through the normal routine of can you see this? How about now? Tell me when you can see my hand. I didn’t think much of the fascination.

There had been previous rounds of these interactions. A cycle coming round and round again, the questions never changing.

Last semester was the first time someone crowded against my back, gently placed their chin on my shoulder, and asked me to tell them when I could see their nose. Curiosity leaves no room for personal space. There is a sublime difference between the literal feeling of someone breathing down your neck and the imagined oppressive force which usually sparks the feeling.

Last semester illuminated the vastness of human curiosity. After learning of just how far he needed to lean into me before I could see him, my roommate’s brother filled himself with determination to scare me. He would try to sneak up behind me when I was walking. He would try to sneak up behind me while I held conversation. He tried everything he could think of, until he suddenly remembered a seemingly insignificant yet monumental piece of information. I was blind in my right eye.

I was eating dinner, the fork poised halfway to my mouth, when my friends fell silent. They’re a quiet bunch, and dinner isn’t usually filled with conversation. The suffocating density of the silence stole the normalcy from that moment.

I didn’t understand why my friends laughed so suddenly. My quiet friends were filling the space around us with giggles of surprise and shock and possibly guilt. I didn’t see what was so funny.

Not until I tilted my head slightly to the right and found an intruding face mere inches from my own.

I didn’t scream. I choked on my food. He laughed. They all laughed while I couldn’t breathe. They’re my friends. They’re still my friends.