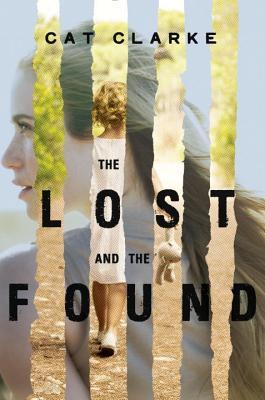 Title: The Lost and the Found

THE LOST
When six-year-old Laurel Logan was abducted, the only witness was her younger sister, Faith. Since then, Faith’s childhood has revolved around her sister’s disappearance—from her parents’ broken marriage and the constant media attention, to dealing with so-called friends who only ever want to talk about her missing sister.

THE FOUND
Now, thirteen years later, a young woman is found in the front yard of the Logans’ old house, disoriented and clutching the teddy bear Laurel was last seen with. Can her sister finally be back? Faith always dreamed of her sister coming home; she just never believed it would happen. But soon a disturbing series of events leaves Faith increasingly isolated from her family and paranoid about her sister’s motives. Before long, Faith begins to wonder if it’s the abduction that’s changed her sister, or if it’s something else. . . .

The Lost and the Found was not what I expected at all, and it was perfect because of it. I don’t mean perfect in the literal sense because there were things in the novel that could have and should have been left out – which I will get into later. But, really though, it’s so damn difficult to resist a good plot. Especially when the plot is well thought out, full of twists and turns, and leaves you gasping for more. The Lost and the Found is emotional, hard-hitting, and is basically every parent’s nightmare come to life.

One of my favorite things about The Lost and the Found is how it takes things slow. It’s a slow build up of tension. It makes your muscles clench and your nails dig into your palms. You know something is coming, but there are so many different pins to pull that you don’t know what grenade is going to go off. Cat Clarke weaves an intricate web of mystery. It gives and takes and it just keeps on pulling you deeper and deeper within its mess. Nothing is what you think it is, and then even the next step is a complete enigma. It’s fascinating.

The characters add another layer of suspense and confusion to the overall mystery. Both Faith and Laurel are so hard to figure out. Something isn’t quite right, we know that as the readers, but holy hell man – the plot twist at the end will completely take your breath away, and it’s all because of the characters and Clarke’s exquisite writing. I think the thing I loved the most about the characters is that they weren’t perfect. Something I’ve noticed in books dealing with trauma is that the victim is always a Mary Sue only smudged because of what happened to them. In The Lost and the Found, Faith and Laurel both are so full of little ticks it makes them undeniably human and real.