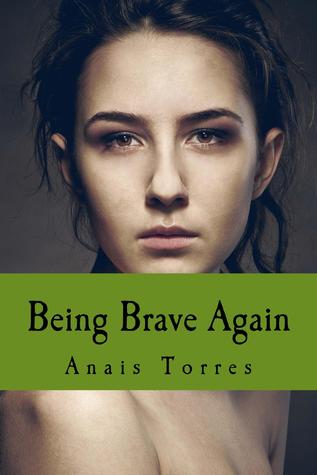 “It’s hard to let go of something you never really had but, even harder when you know it’s everything you ever wanted,”

How do you handle life after a sexual assault?

It’s easy to ignore or deny our fears, even to ourselves, in a society that stresses the importance of being strong and brave. However, Rachel Taylor learns that courage can’t come into play unless she admits she has a fear to face down. By owning her feelings she takes the first real step towards gaining control over her life after the assault.

After two years of heartache, silence, required therapy and two failed suicide attempts. Rachel takes her recovery into her own hands. There has to be more to life than being “that girl.” If she was strong to be a survivor then, she’s strong enough to keep surviving now. So she transfers to a new school, in a new place, surrounded by strangers. Now Rachel has to come face to face with the realities of social dynamics, love triangles, and learning to trust again but can she learn to be brave again?

I was sort of skeptical when I started to read this, but I found myself falling in love one chapter at a time. In all honesty, my favorite part of this book was the end. I love how it ends on a happy note, but it isn’t a a stereotypical happily ever after or a sad, gut-wrenching end.

First off, the main character Rachel broke my heart. What happened to her was so tragic, but she still persists. Not only does she switch to an entirely new school, she just deals with what is thrown at her. She is not perfect and no where close to being fully healed, don’t get me wrong, but the end of this book shows us that she is starting to finally be okay again.

Logan, Logan, Logan. What can I say? I hate him and I love him at the same time. I don’t hate him because he is horrible or anything, but he does (not knowing Rachel’s history) make a rape joke in front of her after she freaks out. That made me lose some respect for him, yes he apologized, but in my eyes that isn’t something that is easily forgiven. I do love him, too. He is so real, I can imagine him standing there right in front of me. He is just like every other, average guy you meet – but at the same time, he is not. He has his flaws, we can see that in the initial way he deals with finding out about Rachel’s attack and a few other things I won’t go into detail over.

Overall, I found this book to be enjoyable. It had it’s moments when it made me cry, laugh, and want to scream all at the same time. It is an amazing story, one I would recommend to anyone who asked.