I put my other hand in the air. “Bronwyn Rojas, I solemnly swear not to murder you today or at any point in the future. Deal?”

“It concerns me you’re avoiding a promise not to murder me.”

Title: One of Us is Lying

Publication: May 30th 2017 by Delacorte Press

Pay close attention and you might solve this.
On Monday afternoon, five students at Bayview High walk into detention.
Bronwyn, the brain, is Yale-bound and never breaks a rule.
Addy, the beauty, is the picture-perfect homecoming princess.
Nate, the criminal, is already on probation for dealing.
Cooper, the athlete, is the all-star baseball pitcher.
And Simon, the outcast, is the creator of Bayview High s notorious gossip app.
Only, Simon never makes it out of that classroom. Before the end of detention Simon’s dead. And according to investigators, his death wasn t an accident. On Monday, he died. But on Tuesday, he d planned to post juicy reveals about all four of his high-profile classmates, which makes all four of them suspects in his murder. Or are they the perfect patsies for a killer who s still on the loose?
Everyone has secrets, right? What really matters is how far you would go to protect them.

END_OF_DOCUMENT_TOKEN_TO_BE_REPLACED 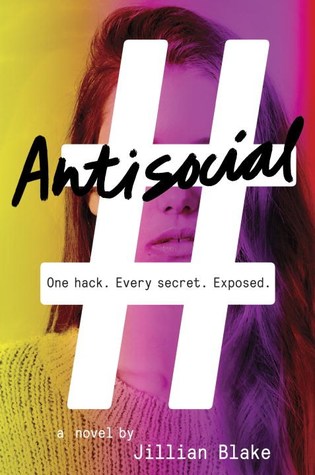 Publication: May 16th 2017 by Delacorte Press

Senior spring at Alexandria Prep was supposed to be for sleeping through class and partying with friends. But for Anna Soler, it’s going to be a lonely road. She’s just been dumped by her gorgeous basketball star boyfriend—with no explanation. Anna’s closest friends, the real ones she abandoned while dating him, are ignoring her. The endearing boy she’s always had a complicated friendship with is almost too sympathetic.

But suddenly Anna isn’t the only one whose life has been upended. Someone is determined to knock the kings and queens of the school off their thrones: one by one, their phones get hacked and their personal messages and photos are leaked. At first it’s funny—people love watching the dirty private lives of those they envy become all too public.

Then the hacks escalate. Dark secrets are exposed, and lives are shattered. Chaos erupts at school. As Anna tries to save those she cares about most and to protect her own secrets, she begins to understand the reality of our always-connected lives:

I’m just going to come right out and say it: I couldn’t finish the book. Now, some of you might wonder why I’m posting this even thought I didn’t read the whole thing, and the answer to that is simple – I still have the right to explain why I couldn’t finish it. Antisocial was marketed as a “whodunit set in the age of social media and the cloud, ” however, the book failed to capture my attention. I didn’t feel a need to find out what was going on, I didn’t care about the characters, the stakes were meh, and, most of all, the narrative voice shut me out of the story.

END_OF_DOCUMENT_TOKEN_TO_BE_REPLACED 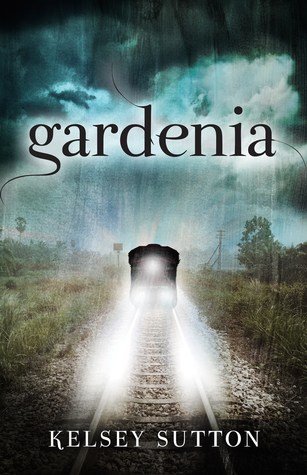 END_OF_DOCUMENT_TOKEN_TO_BE_REPLACED

“You’ll make mistakes because it’s impossible to know what is or isn’t a mistake until it’s made.”

She used to work for the U.S. government, but very few people ever knew that. An expert in her field, she was one of the darkest secrets of an agency so clandestine it doesn’t even have a name. And when they decided she was a liability, they came for her without warning.

Now, she rarely stays in the same place or uses the same name for long. They’ve killed the only other person she trusted, but something she knows still poses a threat. They want her dead, and soon.

When her former handler offers her a way out, she realizes it’s her only chance to erase the giant target on her back. But it means taking one last job for her ex-employers. To her horror, the information she acquires only makes her situation more dangerous.

Resolving to meet the threat head-on, she prepares for the toughest fight of her life but finds herself falling for a man who can only complicate her likelihood of survival. As she sees her choices being rapidly whittled down, she must apply her unique talents in ways she never dreamed of.

In this tautly plotted novel, Stephenie Meyer creates a fierce and fascinating new heroine with a very specialized skill set. And she shows once again why she’s one of the world’s bestselling authors.

Stephenie Meyer has done it again, it’s as simple as that. I have been an avid fan of hers since Twilight, which I grew up reading. Then The Host, which blew my mind away. Now, with The Chemist Meyer has created a high stakes world filled with the threads of what makes her writing her writing. There is romance, suspense, humor, sugar and spice and everything nice. The Chemist is an exciting dance between the intoxicating romance of The Host and the thrilling intrigue of Jason Bourne and other spy films alike.

Juliana, Alex, or whatever other name she decides to go by, was a fantastic heroine. She was smart, savvy, and a terrifying badass in the best way possible. In all honesty, I think of her as someone to look up to in a way. She took what she had, what she could do, and she made a name for herself with it. She earned respect for her skills – something often lacking. She is not a good person, not at all. She’s tortured people for her job, she’s killed, she’s done things that would make you squeamish – but she tries. She wants to be one of the good guys, until everything in her world turns upside down and the good isn’t so good anymore. Alex, the name she goes by the majority of the book, is fascinating. Sure there were flaws in the character development and the character in itself, but as a component to the story Alex was everything she needed to be. I found myself absolutely loving her analytical approach to things. It was all practical, all business, totally deadly. It was refreshing. Of course, she had her moments that made her completely believable. There was a certain vulnerability to her, too. Which, when you’ve given a character this badass skill set and background, vulnerability can be hard to believe. Meyer nailed it.

This is one of those books that I can’t talk about because I will spoil it to the moon and back. I never saw any of the twists coming, not really anyway. I found myself on the edge of my seat, waiting, salivating, trying to figure out what was going to happen next. The characters are brilliant. They are so full of life, even Einstein the dog (He was amazing and I want one).  I can’t actually judge the whole spy aspect of the book, because I have absolutely no interest or experience with anything outside of James Bond and the basics everyone watches. I, personally, found the whole thing captivating. It was well thought out, nicely executed, and dipped in the most delicious intricacies.

Overall, The Chemist was well worth the wait. Stephenie Meyer has, and always will be, an instant buy author for me. The Chemist is yet another amazing addition to her fabulous books out in the world. I can’t wait to see what she does next. 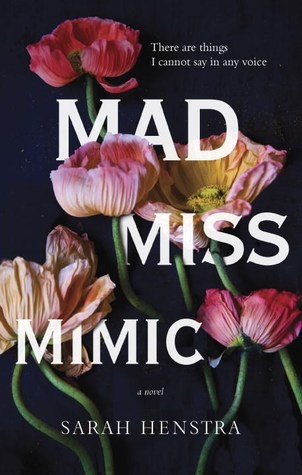 I knew nothing. And I found that, yes, I was curious—very curious indeed.

Born into an affluent family, Leo outwardly seems like a typical daughter of English privilege in the 1870s: she lives with her wealthy married sister Christabel, and lacks for neither dresses nor trinkets. But Leo has a crippling speech impediment that makes it difficult for her to speak but curiously allows her to mimic other people’s voices flawlessly. Servants and ladies alike call her “Mad Miss Mimic” behind her back… and watch as she unintentionally scares off every potential suitor. Only the impossibly handsome Mr. Thornfax seems interested in Leo…but why? And does he have a connection to the mysterious Black Glove group that has London in its terrifying grasp? Trapped in a city under siege by terror attacks and gripped by opium fever, where doctors (including her brother-in-law) race to patent an injectable formula, Leo must search for truth in increasingly dangerous situations – but to do so, she must first find her voice.