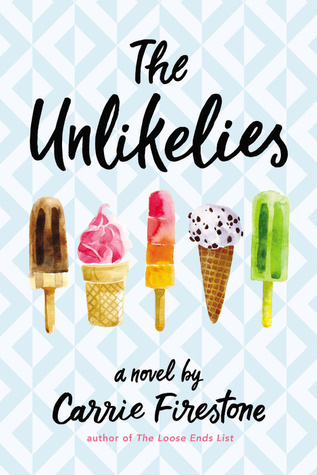 Five teens embark on a summer of vigilante good samaritanism in a novel that’s part The Breakfast Club, part The Disreputable History of Frankie Landau-Banks, and utterly captivating.

Rising high school senior Sadie is bracing herself for a long, lonely, and boring summer. But things take an unexpected turn when she steps in to help rescue a baby in distress and a video of her good deed goes viral.

Suddenly internet-famous, Sadie’s summer changes for the better when she’s introduced to other “hometown heroes.” These five very different teens form an unlikely alliance to secretly right local wrongs, but when they try to help a heroin-using friend, they get in over their heads and discover that there might be truth in the saying “no good deed goes unpunished.” Can Sadie and her new friends make it through the summer with their friendships–and anonymity–intact?

This rich and thought-provoking novel takes on timely issues and timeless experiences with a winning combination of romance, humor, and wisdom.

I’m just going to come right out and say it – I couldn’t finish this book. The sad thing is, it wasn’t the plot – not really. The characters were fine, the plot unrealistic but manageable, and the relationships and the character development were actually surprisingly good. What got me, however, was the writing. The writing wasn’t even bad, it was the structure of it. I could not get myself through the short scene to scene type writing. It was one short section, time skip, short section, time skip, short section, etc. There was hardly enough of the writing to grab hold to anything of importance. I couldn’t swallow it. I couldn’t read it. I found myself losing interest with every page as I glimpsed the small snippets of actual story awaiting me on each page. This review isn’t much of a review for one reason alone – I’ve really got nothing to review.

You might like it, go ahead and try it. The Unlikelies, in my personal taste, was simply not written in a mode that was engaging and, therefore, suffered. Oops.

“Life is a constant struggle between being an individual and being a member of the community.”

Title: The Absolutely True Diary of a Part-Time Indian

Bestselling author Sherman Alexie tells the story of Junior, a budding cartoonist growing up on the Spokane Indian Reservation. Determined to take his future into his own hands, Junior leaves his troubled school on the rez to attend an all-white farm town high school where the only other Indian is the school mascot.

Heartbreaking, funny, and beautifully written, The Absolutely True Diary of a Part-Time Indian, which is based on the author’s own experiences, coupled with poignant drawings by Ellen Forney that reflect the character’s art, chronicles the contemporary adolescence of one Native American boy as he attempts to break away from the life he was destined to live.

The Absolutely True Dairy of a Part-Time Indian follows Junior, a fourteen-year-old Spokane Indian boy as he tries to find a place where he belongs. Junior was born with hydrocephalus, or as he calls it water on the brain. This disability caused him to have a large skull, a stutter, and seizures. Juniors disabilities have made him a target on the reservation where he lives, and when Junior has an outburst on his first day of school, his teacher advises him to leave the reservation. Junior decides to transfer to Reardan with the support of his parents, but those on the reservation begin to view him as a traitor. When he transfers, Junior joins the basketball team, which he, surprisingly, excels at. Arnold, or Junior as he prefers to be called, is caught between two worlds and identities: the reservation and the affluent school he now attends.

END_OF_DOCUMENT_TOKEN_TO_BE_REPLACED

“Maybe it’s only a … simulation of love, a close analogue. But I have come to feel it with all the strength I have to feel anything. Over the past weeks, I’ve come to listen for your voice, because I hope to hear it. I pay attention to irrelevant details of your mannerisms and appearance because I find them pleasing. I’ve begun to understand how you think and what you want. That means I can see through your eyes, too, instead of only my own, and it’s as if the entire universe expanded, grew larger and more beautiful.”

Noemi Vidal is a teen soldier from the planet Genesis, once a colony of Earth that’s now at war for its independence. The humans of Genesis have fought Earth’s robotic “mech” armies for decades with no end in sight.

After a surprise attack, Noemi finds herself stranded in space on an abandoned ship where she meets Abel, the most sophisticated mech prototype ever made. One who should be her enemy. But Abel’s programming forces him to obey Noemi as his commander, which means he has to help her save Genesis–even though her plan to win the war will kill him.

Together they embark on a daring voyage through the galaxy. Before long, Noemi begins to realize Abel may be more than a machine, and, for his part, Abel’s devotion to Noemi is no longer just a matter of programming.

A Gifset Of Reactions Because I Love It Too Much To Do Anything Else:

END_OF_DOCUMENT_TOKEN_TO_BE_REPLACED

On his first day at a new school, blind sixteen-year-old Will Porter accidentally groped a girl on the stairs, sat on another student in the cafeteria, and somehow drove a classmate to tears. High school can only go up from here, right?

As Will starts to find his footing, he develops a crush on a charming, quiet girl named Cecily. Then an unprecedented opportunity arises: an experimental surgery that could give Will eyesight for the first time in his life. But learning to see is more difficult than Will ever imagined, and he soon discovers that the sighted world has been keeping secrets. It turns out Cecily doesn’t meet traditional definitions of beauty–in fact, everything he’d heard about her appearance was a lie engineered by their so-called friends to get the two of them together. Does it matter what Cecily looks like? No, not really. But then why does Will feel so betrayed?

Told with humor and breathtaking poignancy, Love and First Sight is a story about how we related to each other and the world around us.

Love and First Sight surprised me, simple as that. I didn’t think I was going to like it as much as I did. I didn’t think I was going to find it as cute, lighthearted, and adorable as I did. If you go into the book and put aside all of the science-y aspects, it completely transforms into something unique, imaginative, and heartwarming. Love and First Sight is a story of discovery and of how love knows no bounds. Love isn’t something we create because we can see, love is fundamentally feeling – and this book is a brilliant celebration of the differences that make us human.

Will was entertaining, to make a long story short. I enjoyed his commentary, most of the time. There were moments in his narrative that felt inauthentic and almost like a childish caricature of what an actual teen would think or do – but in the grand scope of things, it was forgivable.  Will was stubborn, but he was also gentle and kind. He wanted to do everything himself, and he wasn’t afraid to let you know when you overstepped the boundaries. Oh, and he’s also blind – which was awesome. Small note, I’m not saying that being blind is awesome, I mean having a protagonist with a disability I can relate to is awesome. There is something magical about writing without one of the senses, and I think that magic really worked in favor of the novel as a whole. Every word, sentence, and paragraph had a reason – there was always meaning. Not only did the selectiveness of the sensory detail illuminate Will’s character, it also enabled a different type of growth we don’t often see in literature.

Now, on to the parts that sort of messed me up. I loved this book, I really did – but some things just need to be addressed first. To begin: Cecily. I adored her, and I wish she had even more time in the story. My problem is not with her character or anything she did, no, my issue is with how she was handled as a narrative tool. Cecily should have been so much more than something to mess up his friend group because she wasn’t as pretty as Will had hoped she would be. Do you see the problem here? Will basically throws a bitch fit because, after the surgery and he can sort of see, he discovers Cecily isn’t model beautiful. He feels betrayed. WHAT THE HELL. To put so much reliance on beauty really bothered me because Cecily was a genius, she was kind, and she put herself out there to help Will with things throughout the course of the novel. The “issue” of her non-traditional beauty shouldn’t have been an issue at all.

My second issue is much smaller than the first: the surgery. While I loved the narrative following the surgery, Will’s relearning shapes and whatnot, the surgery itself was a bit over the top. There was no believable element to cling to here, and it really bothered me. I don’t know if it was Will’s lack of interest or thought process in deciding to go forward, or if it was something else, but the surgery took away from the magic the book had created. I think Sundquist realized this, too – which you will realize when you read it. The surgery took a metaphor that had beautiful qualities and destroyed it by being literal.

Even considering the two things above, I completely adored Love and First Sight. The romance was a perfect slow burn, the friendship was refreshing, and I loved the growth of every individual involved. Stories aren’t all inclusive, our lives touch and change the people around us, too – and I feel Love and First Sight did a beautiful and subtle job of it.