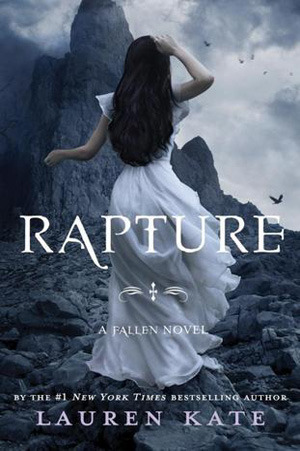 Mortality is the most romantic story ever told. Just one chance to do everything you should. Then, magically, you move on.

The sky is dark with wings….

Like sand through an hourglass, time is running out for Luce and Daniel. To stop Lucifer from erasing the past, they must find the place where the angels fell to earth.

Dark forces are after them, and Daniel doesn’t know if he can do this — live only to lose Luce again and again. Yet together they face an epic battle that will end with lifeless bodies…and angel dust. Great sacrifices are made. Hearts are destroyed.

And suddenly Luce knows what must happen. For she was meant to be with someone other than Daniel. The curse they’ve borne has always and only been about her — and the love she cast aside. The choice she makes now is the only one that truly matters.

In the fight for Luce, who will win?

Rapture is the astonishing conclusion to the Fallen series. Heaven can’t wait any longer.

A Gif List of Reactions and Thoughts (because why not):

END_OF_DOCUMENT_TOKEN_TO_BE_REPLACED 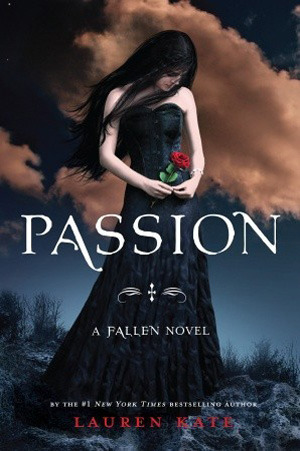 I cannot be other than what I am, and I am the choices of all my days.

Luce would die for Daniel. And she has. Over and over again. Throughout time, Luce and Daniel have found each other, only to be painfully torn apart: Luce dead, Daniel left broken and alone. But perhaps it doesn’t need to be that way . . . Luce is certain that something – or someone – in a past life can help her in her present one. So she begins the most important journey of this lifetime . . . going back eternities to witness firsthand her romances with Daniel . . . and finally unlock the key to making their love last.
Cam and the legions of angels and Outcasts are desperate to catch Luce, but none are as frantic as Daniel. He chases Luce through their shared pasts, terrified of what might happen if she rewrites history. Because their romance for the ages could go up in flames.

Passion is probably my favorite book of the series. Though I haven’t finished the whole series yet, Passion is by far the most exhilarating novel of the bunch. Traipsing all over time? Yes please. I absolutely love historical fiction. Passion seamlessly blends moments of history with the history between Daniel and Luce – and I couldn’t be happier to read it. Passion is a journey of discovery and how knowledge can change everything. It is a journey through a love that has lasted centuries, and it was beautiful.

END_OF_DOCUMENT_TOKEN_TO_BE_REPLACED 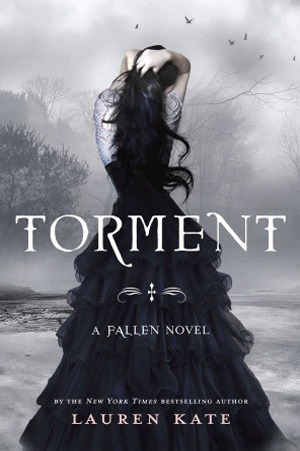 Sometimes beautiful things come into our lives out of nowhere. We can’t always understand them, but we have to trust in them. I know you want to question everything, but sometimes it pays to just have a little faith.

How many lives do you need to live before you find someone worth dying for?

In the aftermath of what happened at Sword & Cross, Luce has been hidden away by her cursed angelic boyfriend, Daniel, in a new school filled with Nephilim, the offspring of fallen angels and humans. Daniel promises she will be safe here, protected from those who would kill her. At the school Luce discovers what the Shadows that have followed her all her life mean – and how to manipulate them to see into her other lives. Yet the more Luce learns about herself, the more she realizes that the past is her only key to unlocking her future . . . and that Daniel hasn’t told her everything. What if his version of the past isn’t actually the way things happened . . . what if Luce was really meant to be with someone else?

END_OF_DOCUMENT_TOKEN_TO_BE_REPLACED

Trust is a careless pursuit at best. At worst, it’s a good way to get yourself killed.

What if the person you were meant to be with could never be yours?

17-year-old Lucinda falls in love with a gorgeous, intelligent boy, Daniel, at her new school, the grim, foreboding Sword & Cross . . . only to find out that Daniel is a fallen angel, and that they have spent lifetimes finding and losing one another as good & evil forces plot to keep them apart.

Get ready to fall

One of my favorite things to do is to go back and read a book I really remember liking a long while back. I haven’t touched Fallen since I was in Middle School, which I don’t even want to think about how long that’s been. Sadly, I never got the chance to finish the series – but with the trailer for the film released and the faint memory of how much I loved these stories looming overhead, I figured: what the hell? One of my favorite things to do is go back and read an old favorite. Why? You might ask. Because it reminds me of what I fell in love with in the first place, and it enables me to do so all over again.

END_OF_DOCUMENT_TOKEN_TO_BE_REPLACED 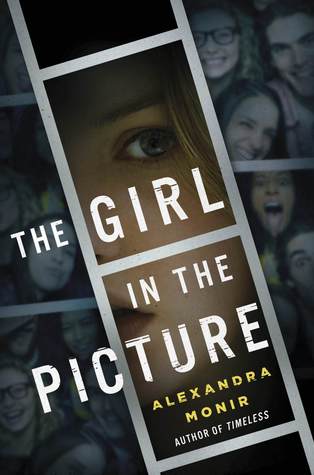