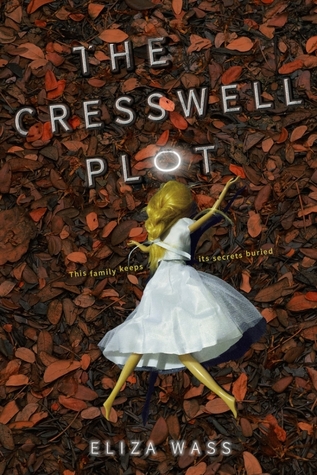 The woods were insane in the dark, terrifying and magical at the same time. But best of all were the stars, which trumpeted their light into the misty dark.

Castella Cresswell and her five siblings—Hannan, Caspar, Mortimer, Delvive, and Jerusalem—know what it’s like to be different. For years, their world has been confined to their ramshackle family home deep in the woods of upstate New York. They abide by the strict rule of God, whose messages come directly from their father.

Slowly, Castley and her siblings start to test the boundaries of the laws that bind them. But, at school, they’re still the freaks they’ve always been to the outside world. Marked by their plain clothing. Unexplained bruising. Utter isolation from their classmates. That is, until Castley is forced to partner with the totally irritating, totally normal George Gray, who offers her a glimpse of a life filled with freedom and choice.

Castley’s world rapidly expands beyond the woods she knows so well and the beliefs she once thought were the only truths. There is a future waiting for her if she can escape her father’s grasp, but Castley refuses to leave her siblings behind. Just as she begins to form a plan, her father makes a chilling announcement: the Cresswells will soon return to their home in heaven. With time running out on all of their lives, Castley must expose the depth of her father’s lies. The forest has buried the truth in darkness for far too long. Castley might be their last hope for salvation.

My initial thought upon finishing The Cresswell Plot was along the lines of “Huh, well, that was…strange.” Now, as I sit here writing this review, my thoughts remain the same. The Cresswell Plot is quite odd, for lack of a better phrase. It tells an intriguing, powerful story and Eliza Wass wields language as a weapon which she carefully crafted in her hands. It was a different story, though it was also a story that held bits and pieces of a story we’ve seen countless times before.

The book revolves around a family: the Cresswells. Our protagonist, Castella Cresswell, has no freedom. She is subject to her father’s rules and whims. She lives in an abusive, overbearing home where what she wears, how she does her hair, all the way to her relationships outside of the house are controlled and kept on a tight leash. The family is religious to the extreme – her father running the house based on fear and his ultimate doctrine. No one but Castella sees the sheer wrongness of what is going on, that is, until her father threatens to kill them all to bring them closer to God.

The events of this book are horrifying, shocking, and gut wrenching. It is not an easy read. It will frighten you, it will send chills down your spine, and it will make you question everything you think you know about family and what it means to love and to worship. Nothing is set in stone. Every motive, every action, is unclear and remains so. It is a mystery, a terrifying mystery that you will tremble to behold – yet you will keep reading. This is the type of book you will not forget, even when you want to. This is the type of book nightmares are made out of but it is so, so real. I wouldn’t recommend it to the faint of heart.

One thought on “The Cresswell Plot”