Teaser Tuesdays is a weekly bookish meme, hosted by Books and A Beat

This week’s Teaser Tuesday is for Summer of Supernovas by Darcy Woods! 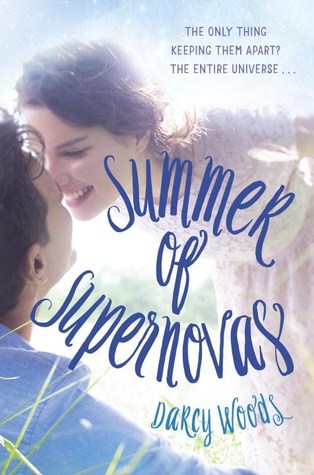 “…if time were really measured in grains of sand, I would take this grain and flatten it. Stretch it as far as physics allowed, let myself bask in this feeling. Forever and ever and ever.”

Fans of Jennifer E. Smith and Jenny Han will fall in love with this heartfelt and humor-laced debut following one girl’s race to find the guy of her cosmic dreams.

When zodiac-obsessed teen Wilamena Carlisle discovers a planetary alignment that won’t repeat for a decade, she’s forced to tackle her greatest astrological fear: The Fifth House—relationships and love.

But when Wil falls for a sensitive guitar player hailing from the wrong side of the astrology chart, she must decide whether a cosmically doomed love is worth rejecting her dead mother’s legacy and the very system she’s faithfully followed through a lifetime of unfailing belief.