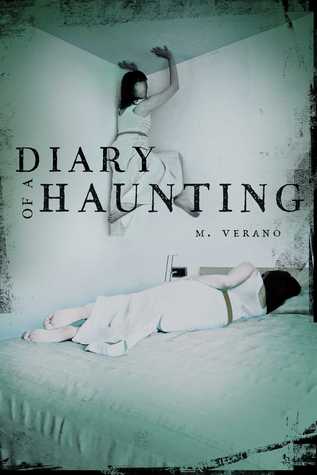 “There was something about that room. I don’t know what it was, but the moment I walked in, I felt this sort of buzzing, like a vibration coming up through the floor, or maybe through the air even.”

When Paige moves from LA to Idaho with her mom and little brother after her parents’ high-profile divorce, she expects to completely hate her new life, and the small town doesn’t disappoint. Worse yet, the drafty old mansion they’ve rented is infested with flies, spiders, and other pests Paige doesn’t want to think about.

She chalks it up to her rural surroundings, but it’s harder to ignore the strange things happening around the house, from one can of ravioli becoming a dozen, to unreadable words appearing in the walls. Soon Paige’s little brother begins roaming the house at all hours of the night, and there’s something not right about the downstairs neighbor, who knows a lot more than he’s letting on.

Things only get creepier when she learns about the sinister cult that conducted experimental rituals in the house almost a hundred years earlier.
The more Paige investigates, and the deeper she digs, the clearer it all becomes: whatever is in the house, whatever is causing all the strange occurrences, has no intention of backing down without a fight.

Found in the aftermath, Diary of a Haunting collects the journal entries, letters, and photographs Paige left behind.

I went to ALA this year not really knowing about this book, but when I was visiting the Simon and Shuster booth and I got to speak with the editor of both this book and Violent Ends, I knew that I had to have it. I have always loved horror movies, and I do particularly enjoy the movies that are “based on a true story” and shown through a video camera lens. Recently, I just went and saw The Gallows, which was pretty cool by the way, and I thought why not grab this book?

What should I talk about first? I really don’t know what to say about this book as a whole. Did I enjoy it? Did I simply tolerate it more than I enjoyed it? I enjoyed the read, at least I think I did. I enjoyed reading this while on break at work, it gave me something to focus on other than shifting charts to electronic copies. I enjoyed that it was a really fast read, though I don’t know if that statement is coming more from the relief I felt when it was over or my actual enjoyment of the book. When it comes to Diary of a Haunting, I think that is about all that I enjoyed.

I hate criticizing a book, I don’t like the way it makes me feel and I don’t like the way it is bound to make other people who were excited about reading this book feel, so I am going to try and remain as fair as possible in what I have to say. I know it is hard to put your work out there, personally, I absolutely hate it when it is time for submissions for my Creative Writing Workshop. It means days on end spent tearing apart each other’s work , nitpicking all of the little things – it’s helpful, but it can still hurt. So, when it comes to writing a bad review – all I want to do is be constructive about what I disliked. For this book, the things I did not like were simply because I did not like them on a personal level – not because of the book itself. You could still enjoy this book even though I didn’t, especially if you are a fan of the Paranormal Activity movies or The Blair Witch Project.

One of the things that made me want to bang my head against the wall was the narration. I usually despise books told through journal and or diary entries. When I read things like this, I feel as if I am not getting the entire story. You only see what the main character chooses to write in their diary, and for me, I find that really frustrating some times. Now, I don’t mind the occasional journal/diary entry here and there as long as there is some serious prose thrown in, but on its own? I find it tedious and almost annoying. In my opinion, it also makes for a bit of awkward story telling. There are some instances where the narrator is suddenly retelling conversations word for word in the midst of explaining what is going on around her. It also becomes very choppy, there are times when the diary post will stop half way through and then randomly pick back up with an apology from the writer. While this style works for movies, I have not found a book where I think it works – and, in all honesty, this is one of the first ones written in that style that I have actually finished.

The second reason I disliked this book also pertains to the narration. I felt as if the pacing was way off. It would change so suddenly that I wouldn’t notice it until I figured out that I had no clue what was going on. The book lost all consistency, things would happen and then it was like it never went down. Someone would say something and it would turn out that they actually didn’t say it. I have no idea if it was meant to be a part of the suspense of the book, but it just didn’t come across that way. It was extremely difficult to keep track of what was going on, and that took away from the enjoyment – I shouldn’t have to back track and try to figure out what was happening in order to keep reading, I shouldn’t have been so confused that my head hurt just trying to piece everything together. I know that some of it was part of the lead up to the reveal at the end, but in those cases I could tell the difference and it didn’t bother me. I’m not talking about details like that, I am talking about just the general plot line and things that shouldn’t have been as confusing as they were – sort of like my review right now. It just didn’t click for me.

Diary of a Haunting does follow some of the oldest and overused horror film stereotypes, as most horror novels and movies do, but I did find myself creeped out at certain points throughout the book. I didn’t care that I had seen it used before, almost every horror movie is the same when it comes to the way they try to scare people, anyway. I don’t want to give it away, half of being afraid comes from the surprise and suspense. I do want you to give this book a try, I might not have liked certain parts – but like I said, it was personal preference only. Believe me when I tell you this, Diary of a Haunting will creep you out at certain moments if you head into reading it with an open mind. I mean, who isn’t terrified of spiders? Don’t ask questions about that, you’ll see and have nightmares just like I did. (Disclaimer, I am absolutely terrified of spiders and snakes.)

Overall, because the book is meant to be frightening, I would suggest that this book be left for readers that are fourteen and older. There is a heavy paranormal element to this story, so if that bothers/offends you, be wary when reading this. There is also use of some basic Native American blessings and the like, so if that also bothers you, don’t read this. As a whole, though, I did find this book to be somewhat enjoyable in the grand scale of things – so go ahead and give it a shot.