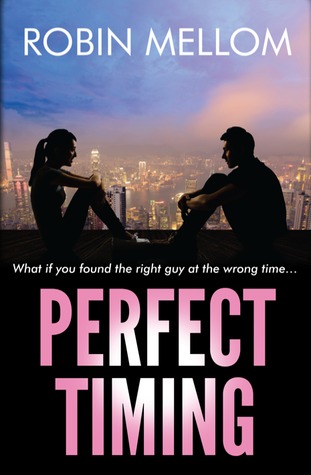 If he wants to get back together, he needs to come to me.

After a break-up with her boyfriend, Tori Wright decides to get her mind off the guy and takes a job running errands for an eccentric couple. Suddenly she finds herself involved in the crazy world of LA nightlife–nightclubs, palm readers, movie stars, and a roving pack of paparazzi. After a misunderstanding lands her in jail, she has one night to clear her name, help a movie starlet avoid the paparazzi, and find Adam…the coworker who is quickly stealing her heart.
As she makes decisions that can change the course of her life, Tori discovers just how far she’ll go to set the record straight.
But is she too late?

Perfect Timing is a charming romantic comedy that will have you wondering if true love can be found at the wrong time. It’s a teen romance that will appeal to readers of New Adult contemporary romance and romantic comedy. Perfect for fans of Stephanie Perkins, Jenny B. Jones, Rainbow Rowell, and Sophie Kinsella.

Okay, as I have said before I hate giving bad reviews. It tears my heart into little, tiny pieces because I understand how hard it is to write something, complete it, and then try to get it published. Perfect Timing, though, is going to be one of those heart shattering reviews.

When I first read the synopsis for the book, I was excited and intrigued. I wanted to read it, and the beautiful cover only drew me in more. I realized on the first page that I was going to have a problem with this book. Not only was the writing style hard to follow and understand, the main character set off every single little alarm bell in the back of my head. I hated Tori from the first page, and this was a huge problem. I don’t know if it was because of how her voice was written, hence my comment on the writing style, or if it was just her in general. Any sixteen year old girl who proclaims to be a master of judging relationships is an idiot. Which, coincidentally, was proven to be true at the end of chapter one. She was too by judging her best friend’s relationship for “breakup signs”, that she didn’t notice the ones in her own until her boyfriend sent her a text asking for a break. I was okay with that, but Tori then proceeded to jump into her car and drive to her boyfriend’s house to make him change his mind/ ask for clarification.

Now, onto the writing style. I had a huge problem reading this, I could barely get myself through the book. I had to take this on a chapter by chapter basis, which sucked. I couldn’t get into the story, it was almost like torture. I wanted to read this book, and I kept praying that it would get better, but no. As an example, within the first three chapters I found fourteen sentences structured like this: “So I promptly googled: divorce and depression”(12). It doesn’t end there, though. There were also multiple examples of onomatopoeia. When Tori is talking about her car, she says “Sputter. Sputter. ROAR.”(9). There is also another problem, though I am not exactly sure what it is. This is on page 14, “IRONY(blink…blink…”

I don’t mean to rip this book apart, the idea of it was very good. Like I said, I actually wanted to read it. I was just inhibited by the writing and my instant dislike of the main character’s brain. I get that nobody is perfect, but when I read this I wanted to break out my red pen and fix what her editor did not catch. It is rare that I find grammatical errors in published novels, so when I do it sort of makes me have to choose between wanting to cry for humanity and punch someone in the face.

On the bright side, I absolutely love the cover. It was one of the first things that drew me to the book. I am a cover fanatic, in my opinion, I do judge a book by its cover. There are some times when I find exceptions, like this – but usually a bad cover is the sign of a bad book. In this case, the good cover masked what I found inside.